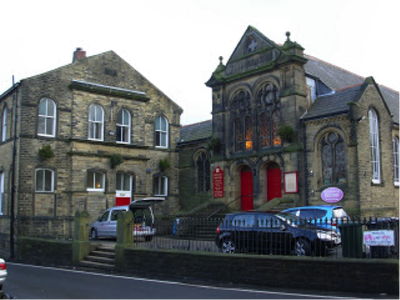 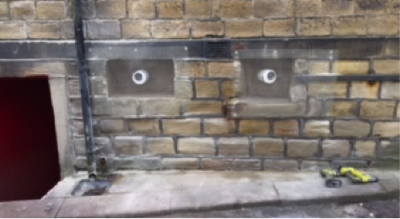 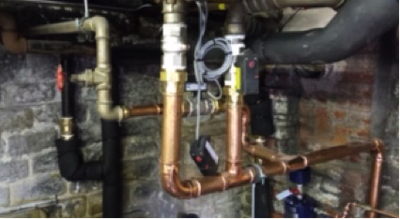 Linthwaite Methodist church in Huddersfield contacted the church heating specialist after their existing boiler was unsafe. After completing a church heating up grade in the next village along, the church made contact with us wanting the same professional service and advice we had given to St Marks church Longwood.

​The church is located on a main road and access to the boiler room is along the same route so it was important to inc in the system traffic control on certain days of the installation. The current boiler was an old floor standing Ideal boiler that had been installed for some 40 years and had begun to spill dangerous fumes into the church boiler room, this coupled with the fact of expensive running cost it was time for some new ideas.

The existing system was all connected to large cast pipes which the church wanted to retain but with the added ability to split the system into 3 areas. A plan was put into place to give the church a 3 zone heating system allowing the busy church to heat areas in use only, cutting there running cost and boosting profits for the church.

The existing boiler was removed and was replaced by twin Worcester Bosch commercial boilers connected to a plate to plate heat exchanger. The exchanger would ensure that the existing system would run at the same pressure as before but the new boiler system could be installed as a pressure system, keeping the two separate. It was important not to put too much pressure into the cast pipes as this could result in blowing of collar joints.

An added filter was installed along with new circulation pumps to correctly heat and clean all areas of the church system. The correct control system was important for this church as it was so widely used so it was decided to install the smart control. The smart control by Heatmiser allowed the church to control any 3 areas of the hall and main church boilers from their smart phone, tablet or PC. Church members were sick of having to go to church to either turn on/off the system when required, so now it can all be done from anywhere with a Wifi signal. All works was completed in just 7 working days leaving the church with minimal loss of bookings during this time.

“Thanks guys a great system, great work force and great advise. Couldn’t of asked for any more“
Henry – Church Warden