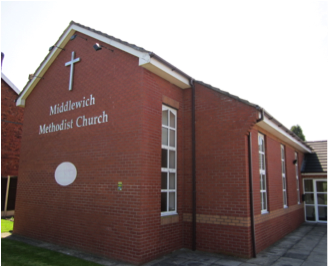 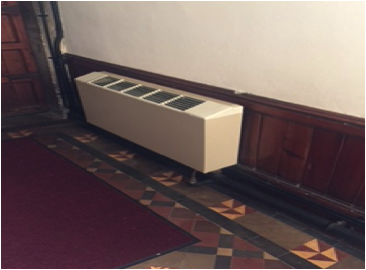 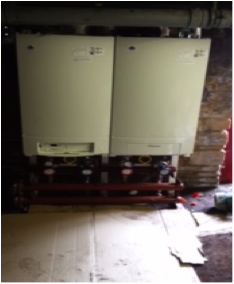 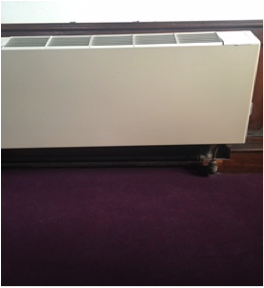 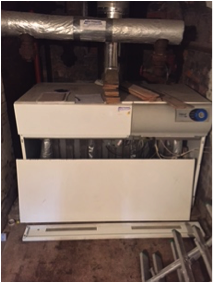 Middlewich Methodist Church in Congleton, Cheshire contacted the church heating specialist after seeing works we had done in other churches.

This new build church had been left with a number of bodge jobs from the building contractors who built the church, incuding a incorrectly installed church heating system. The Church Heating Specialist were tasked with looking the heating system that was installed, and unfortunately the entire system had to be reinstalled. The previous contractors had installed a boiler not which was no big enough to heat the entire building and did not have adequate zonal control.

All the radiators around the large sports hall and main worship area were under sized, along with its pipe work, so a reasonable temperature was never achieved, even after hours of running time. The church agreed the only way to get the correct heating system for their needs was to start again.

A design plan was put together to install new twin boilers and to split the heating system into 3 zones. Zone 1 was the entrance and office area which was under-heated, so radiators were removed from zone 2 and 3 and relocated to zone 1. This now gave this part of the church a warmer area to meet and great. The hall area (zone 2) was also under-heated and the small diameter pipe work was struggling to get any hot water to the radiators.

All the pipes were replaced with bigger supplies and each of the radiators replaced with new cool touch fan assisted radiators. This allowed the hall to heat the area up easily, without fear of young children burning themselves. Zone 3 was the main worship area, and was the same as the hall zone, so all the existing componets were replaced. The radiators in this area were also replaced with new high output triple panel radiators. This allowed the church to have a silent running system while still getting the church up to temperature in just 2 hours.

The whole new system was connected to new condensing twin boilers which was installed in a different area of the church. A different boiler room was chosen as the church planned to make use of the large outdoor boiler room. All works was completed in just 2 weeks.

“Thanks for all your advice and it was nice working with a good bunch of guys all the way through the process, thanks and see you for the annual inspection”. “
Clive – Church Warden