St Clements with St Matthias church in Manchester contacted the church heating specialist once again, after recently completing heating work in the church hall. During the boxing day floods of 2015 the church hall was so badly damaged that it had to be closed for a long period of time. The hall boiler was a floor standing boiler which fed wall radiators. The hall boiler was damaged in the flood and was replaced under the insurance company with a new wall hung boiler. The main church heat was produced via high level electrical ceiling panels. This was not damaged by the floods, but eventually stopped producing heat when the insulated panels started to fail one by one. The situation reached a stage where it was costing vast amounts of funds to just keep the chill out of the church.

A design plan was put together to increase the current gas meter size and install a second boiler to heat the main worship area. A new gas supply was run externally around the church to each of the boiler positions. All of which was wrapped with anti vandal protection tape to prevent damage. The new boiler was located in the church office along with new control system in the main worship area. The boiler, being located in the office area, would also allow for the current electrical wall heaters to be removed as the boiler and controls would generate enough heat for this area as well.

Due to the church suffering from previous floods, it was decided to install a heating system that could not be affected by floods. High output radiators were installed around the church walls along with low level pipe work to give extra heating. The radiators in the main worship area had been powder coated to blend in with the church walls while the office area radiators was left standard.

All work was completed in less than 2 weeks, and resulted in the church warm-up time being achieved in under 2 hours. 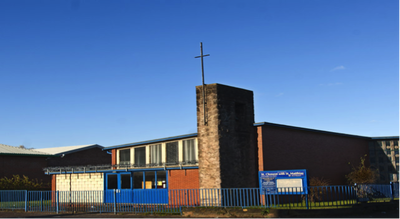 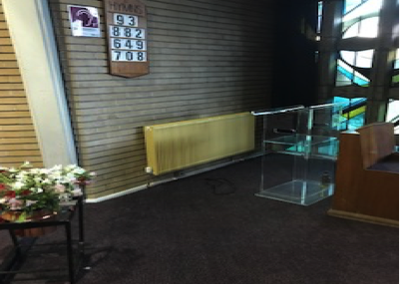 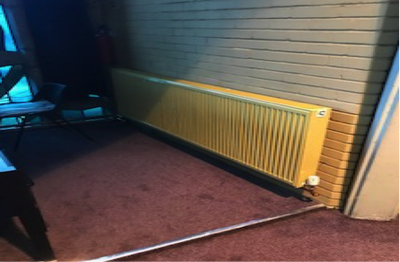 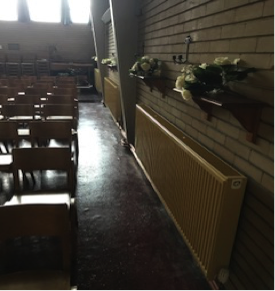 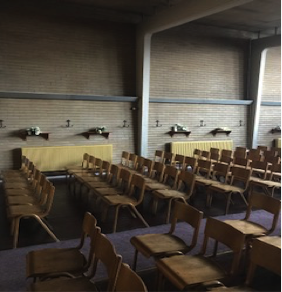 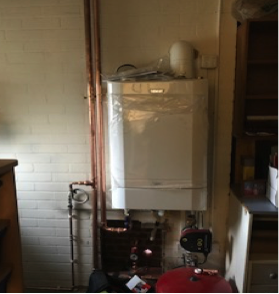