St Mary the Virgin Church in Illford, London contacted the UK number 1 church heating company wanting know how they could heat the church. They required our engineers to work along side an architect to produce detailed drawings, specs and calculations to prove that the system would achieve the desired results.

After a number of meetings at the church with various members of the PCC and heating advisory’s from the Diocese, a scheme was agreed. The project involved removing all the existing heating system which consisted of large cast sectional radiators, an old Robin Hood boiler and large amounts of Asbestos in the boiler room.

A plan was put in place to fully remove all the old heating system and re-pipe the entire church using carbon steal pressfit pipes. This would be used to provide a new 4 zone heating system to allow for independent heating in the main worship area, side chapel, lady chapel and vestry rooms. A smaller volume of water was used so pipe diameter was decreased to 54mm, this was done to ensure a faster warm up time. The new radiators would be of a mixture of double panel, tripe panel and single panel radiators as various depths were required to allow for the fixed pews to remain in place. Sections of the parquet floor had to be removed to allow for new pipes to pass across the church. All radiators were power coated to ensure they all blended in with the church walls.

The boiler room had an old robin hood boiler and pipes was covered in asbestos. The plan was to break down the old large boiler and break this into small sections to allow for removal. The asbestos was removed by a specialist contractor and the room air tested on completion.

Once the boiler room was safe to enter, brand new high efficiency twin boilers were installed, along with all new pipes, controls, pumps and filtration components. Fluing to the new boilers was done by removing an old boiler room windows and to brick up the old hole to ensure it all matched afterwards.

This large scale church heating project was completed in just 15 days, resulting in a system that blended into the current walls, has a warm up period of under 2 hours, and a greatly reduced running cost, saving the church thousands of pounds each year.

​Fr Gareth Jones – “ Working with contractors over the years we expected hiccups and delays that would see the work over run. Even when finding unexpected issues with the new heating system your guys over come everything and still managed to finish the works with 5 days spare, A great final finish and heating system to match”. 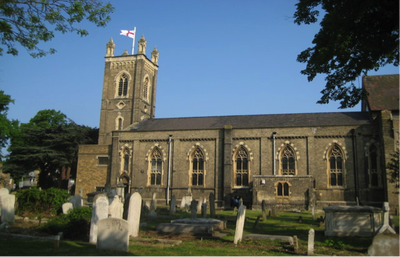 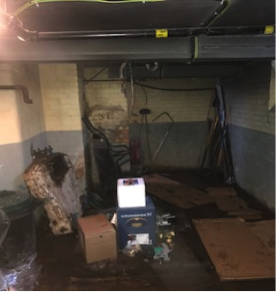 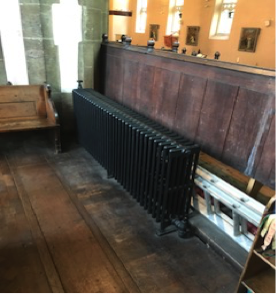 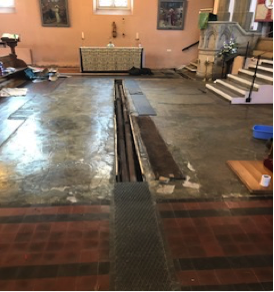 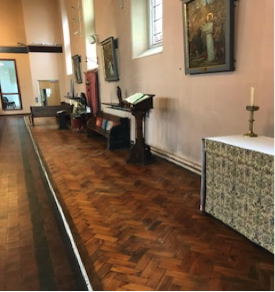 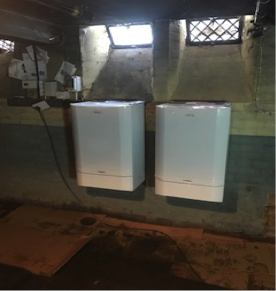